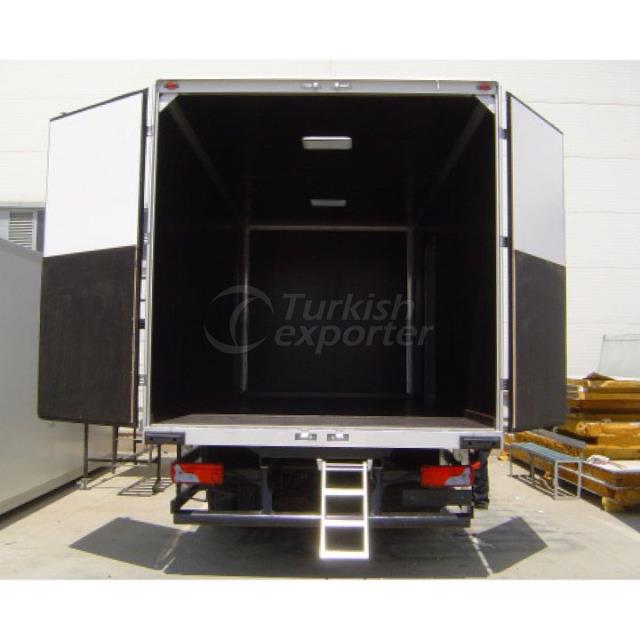 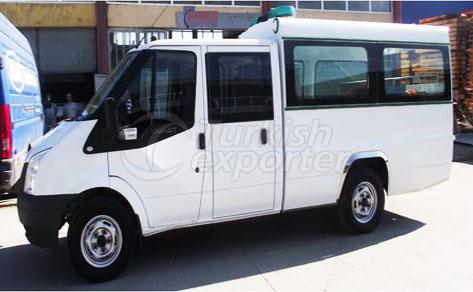 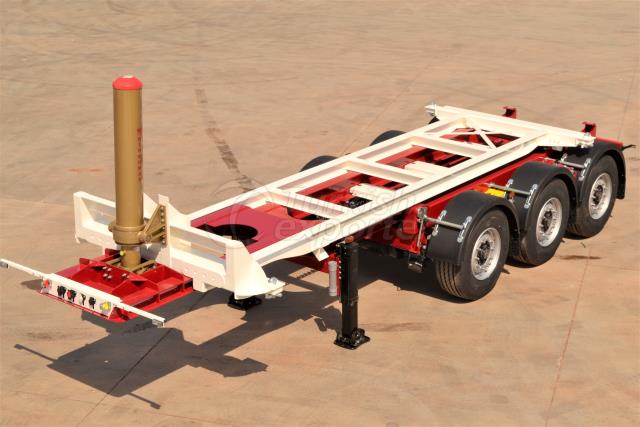 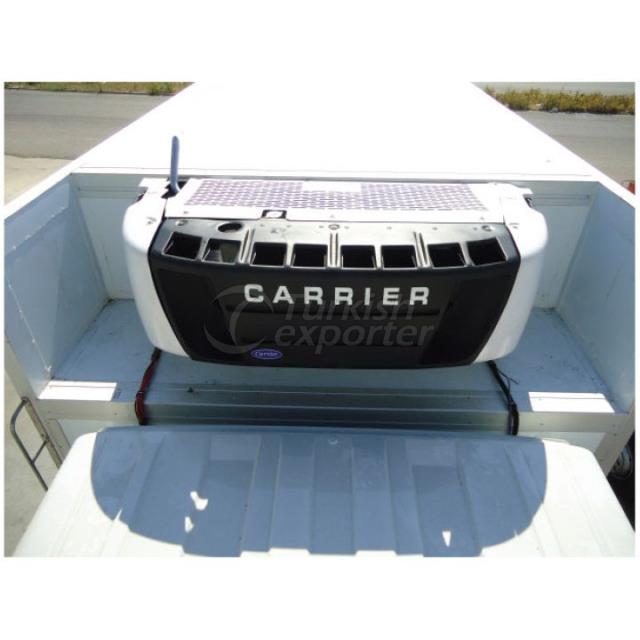 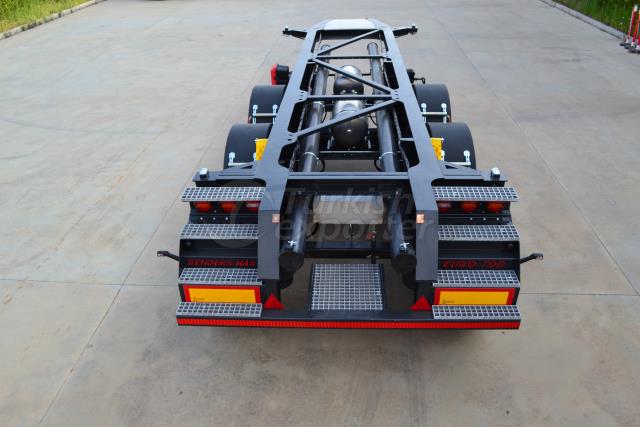 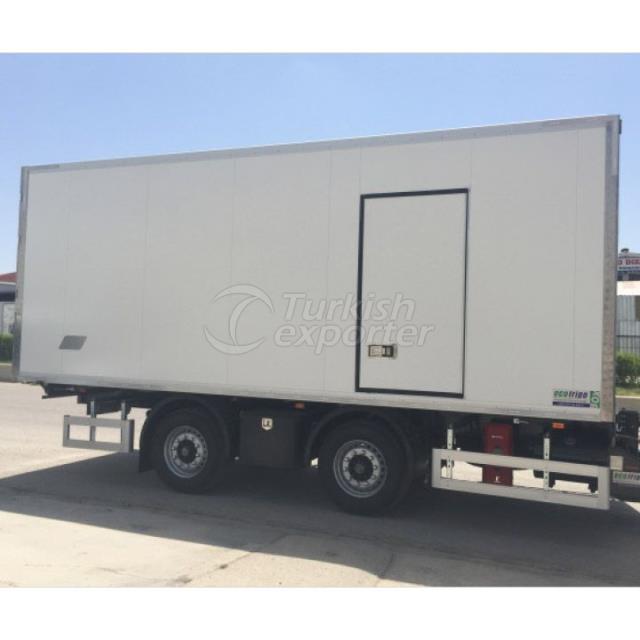 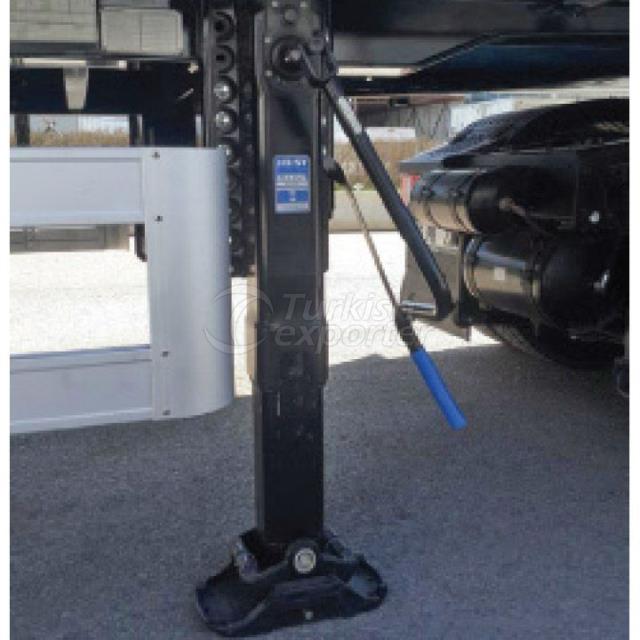 Our company ARAS FRIGO was established in 2014 in Gebze with the experience of Mucahit Aras the founder. MUCAHIT ARAS who made hundreds of special vehicles for 25 years was the production manager for the last 10 years at known on-vehicle equipment companies. At the last company being the production manager he manufactured hundreds of vehicles for abroad including ambulances for UN and military vehicle fleet sent to Afghanistan. Furthermore he worked at and managed different and numberless vehicle projects. Deciding to establish his own company with his son Ufuk Aras at the beginning of 2014 Mucahit Aras has been supplying any kinds of special vehicle demands with attentive, quality labor, quality materials and reasonable prices. Among the samples there are ambulances, mobile clinics, mobile gynecologist vehicles, blood collection vehicles, firetrucks, armored vehicles, bank money transport vehicles, handicapped transport vehicles, mobile bank branches, promotion vehicles, garbage trucks, tippers, base station vehicles etc. Furthermore special design vehicles are manufactured on your demands. Vehicle wraps and advertising services are given. All the projects of the vehicles are approved. We are at your service on your dream vehicles to make in the best quality way.
Ecofrigo, established in 2008, has been manufacturing bodyworks of refrigerated trucks, insulated bodies, semi-trailer according to the global standards in its modern facilities in Ankara. Ecofrigo, whose principle is to serve the transportation / freight sector with the truck bodies in new and different standards following the lasting and robust, light, aesthetic and economical norms in the best quality, is an affiliation company MOPAS. Ecofrigo has always aimed to raise up the standards in the sector and become the leader manufacturer in this sector by offering the best service with its modern design, keeping up the quality and its young, dynamic, expert and innovator staff Ecofrigo, manufacturing with the principle of 100 % customer satisfaction, has been, day by day, expanding its dealer network to provide services to its customers both domestically and abroad. Ecofrigo truck bodies have an aesthetic and smart appearance and configuration as well as being functional with their flat panel surface, door frames of aluminum, import hinges and other accessories. The polyurethane on which injection technology is applied under pressure has a self adhesive property. Moreover, the joint surfaces are long lasting and more durable by the effect of the Macroplast adhesive used on the wall-wall, wall-ceiling, wall-ground joints. The ground panels are durable against the external effects and conditions due to the plywood used and by means of injection technology under pressure; are capable of carrying extra load, and do not form heat bridge.
Hastrailer started to make quality production in 2009 and managed to gain a place in Antalya Organized Industrial Zone in a short time. Providing support to industry with 2.500 m2 closed and 12.000 m2 open area, Hastrailer still continued to give importance to production infrastructure in 2010, and in 2011 it succeeded to incorporate the production line ordering from abroad and to lay the foundations of its new factory. The factory, which is 16.000 m2 closed and 50.000 m2 open, started its operations in August 2013 and started production. Hastrailer has managed to become a reliable and sought after company by keeping the needs and expectations of its customers at the highest level. It aims to continuously increase its market share with the rightful pride of this success. By following the technological developments in the globalized world market and spreading the total quality philosophy in all management and application levels continues to fulfill its responsibilities to humanity, environment and universal values.
Founded in 1992, Mersan Kasa Sanayi has been operating since 1995 in a facility established on an area of ​​5000 m2 in Mersin Tarsus Organized Industrial Zone. With its trained and experienced personnel, Mersan Kasa has an average of 500 Truck haulage production capacity per year. Mersan Kasa's field of activity includes the production of Truck and Pickup Trucks, Refrigerated, Sandwich panels, Panel Van Insulations, Ctp (Frp) Boards.